Golden Fleece Wins in the First EAORA Event of the Season 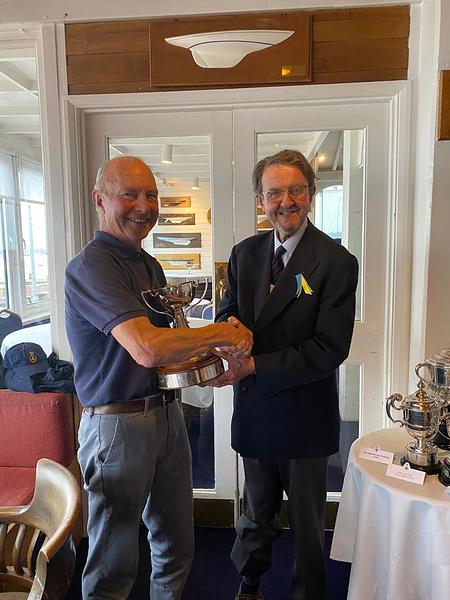 Many congratulations to Michael Wheeler and his crew who sailed Golden Fleece to success in the first 2 races of the EAORA season last weekend. The only WMYC boat in the fleet won The Pattinson Cup and The Perkins Cup (Class 3 winners) in Saturday's Pattinson Cup Race from Burnham to West Mersea and repeated the feat in the Ralph Herring Trophy on Sunday's return race to Burnham. As can be seen from Michael's race reports below conditions were very light and the wins are a testimony to the skill of skipper and crew. 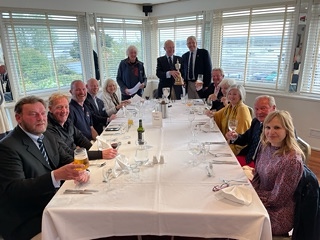 "I was keen to do well in this as it is a WMYC race, but I did not fancy our chances with the light air conditions. We were faced with a start tacking out of the Crouch against a foul tide at low water! not ideal for us but it was frustrating for all - short tacking and making little progress. We eventually decided to put in a long tack across the river and tide to the south shore in the search for more breeze, which paid off. On the next tack the wind veered, and we got a lift, the sea breeze started to kick in and we were able to sail parallel to the north shore and out of most of the tide all the way to the Swin Spitway. We carried our asymmetric through the Spitway and then on to the Knoll where we thought we may have to drop it in favour of the genoa, as others were doing, but we managed to hold it all the way to the finish just ahead of 'Flying Fish' a class 1 boat. I think this final leg won us the race"

"We won this lovely trophy in 2019 and hoped that we might be in with a chance to do so again, but the conditions were very light, if anything worse than yesterday. A spinnaker start took us as far as the Bench Head where what wind there was disappeared and everyone stopped, drifting around in circles; there were no right decisions at this point. We dropped the kite and then thought it was a mistake, so put it back up and headed off away from the others towards the knoll as the sea breeze filled in. This didn't do us any harm and we rounded the Knoll just behind 'Rock Lobster' and 'Grace' in Class 1. Once through the Spitway and round the Swin Spitway buoy we hardened up on the wind and got 'Golden Fleece' settled in the groove she loves and is quite happy to sail herself. This took us to the shortened course finish at the entrance to the Crouch, again, I firmly believe this final leg won us the race.

Following the Pattinson Cup Race on Saturday WMYC hosted the racing fleet for dinner during which the Pattinson Cup and the Perkins Cup were presented to the victorious crew comprising Michael Wheeler, Philip Woods, Mike Berry, Malcolm Clark, John Davison, Paul Adams and Richard Fuller (See picture). Second overall went to Magic Moments (HPYC) skippered by Pelham Etherington and third place overall went to 'Grace' (HPYC) skippered by Mark Disney who also won the Class 1 race. Thanks, are in order for the club catering team for an excellent dinner on a very busy evening, and to the Committee Boat Team who managed a tricky start on the Sunday with little wind and very low water. The Ralph Herring Trophy was presented to Michael at the RBYC on Sunday evening by Tim Herring.